Once upon a time there was a little girl who was gloriously happy. She would sing, she would dance, she would play in her world of imagination. She saw possibility in the impossible. She said unabashedly what she wanted to without fear. She questioned, and she believed in miracles.

She was disillusioned by the world when she began to see the shadows of doubt become life forms around her. Fear became an embodiment that soon became a practice of thinking.

Self doubt set in and the voice of love dissipated  from within.

Further down the line, the voice of love re-emerged when the sense of independence became possible. Clear air circled, perspective shifted, and education of communication, relationships, and the journey of adulthood began to take fruition. Through personal commitment to growth, shifts began to transform her perspective. The sea of voices became drowned out. Surfaces of light flickered, but never formally ignited.

In the hallows of the last year, the shifts have become more pronounced and ever changing.

You see, when you face your ego which drives the fear mindset, you become able to release it.  The constant self doubt, negative self talk, and pervasiveness that once embodied my desire for love evolved into a light that was once submerged.

The tiny girl, the happy dancing, gleeful child is re-surfacing. She does not give in to the harried surroundings or burbling thoughts of negativity any longer. She reflects, she chooses a mind shift, a perspective of positivity, possibility, and a power from within.

What would happen if we all reconnected to the ~ing that we started with in life? What would he or she have to say about who and what we are today? What would they think about ourselves and our perspectives of this life that we lead?

Do yourself a favor and consider Gabrielle Bernstein’s work. 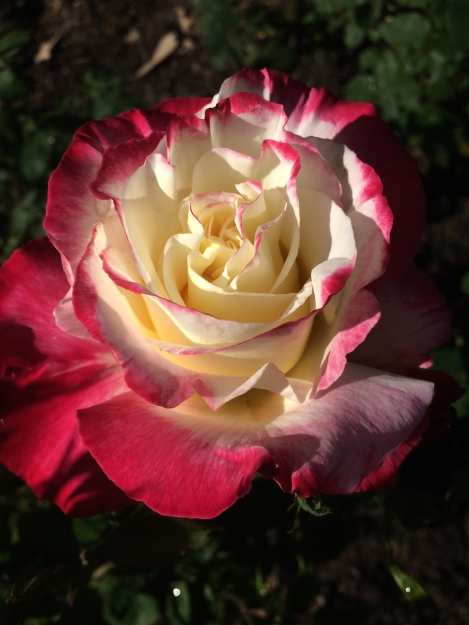